The fourth discipline of triathlon, Transitioning.

Many athletes spend thousands of dollars on fancy bikes, race wheels, and wetsuits just to save a few seconds, if they are lucky minutes, maybe. However if they just practiced their transition routine so they had the right layout, a game plan, and the muscle memory to execute that routine without having to second guess or double back to make sure they had their shit they could have saved those precious moments and dollars and maybe even found their way to a podium spot.

Have a look at the photo here. It might not be what works for you but I find this layout had me in and out of T1 in less than 3 minutes and T2 under 1:40 Let’s end 12 minute transitions together!

Anything else should already be on the bike with the exception of your shoes which should be open on the floor heels facing you so you can step in and lock them quickly. That’s it! Get the hell out on the bike. You can easily pass people In Transition!

Efficiency being the name of the game this should give you a sub 2min transition. With most of that time coming from finding your spot, racking your bike, taking off the helmet. Which by USAT rules must be clipped on your head before you pull the bike off the rack and must stay on till you rack the bike. This is a 2 min penalty. 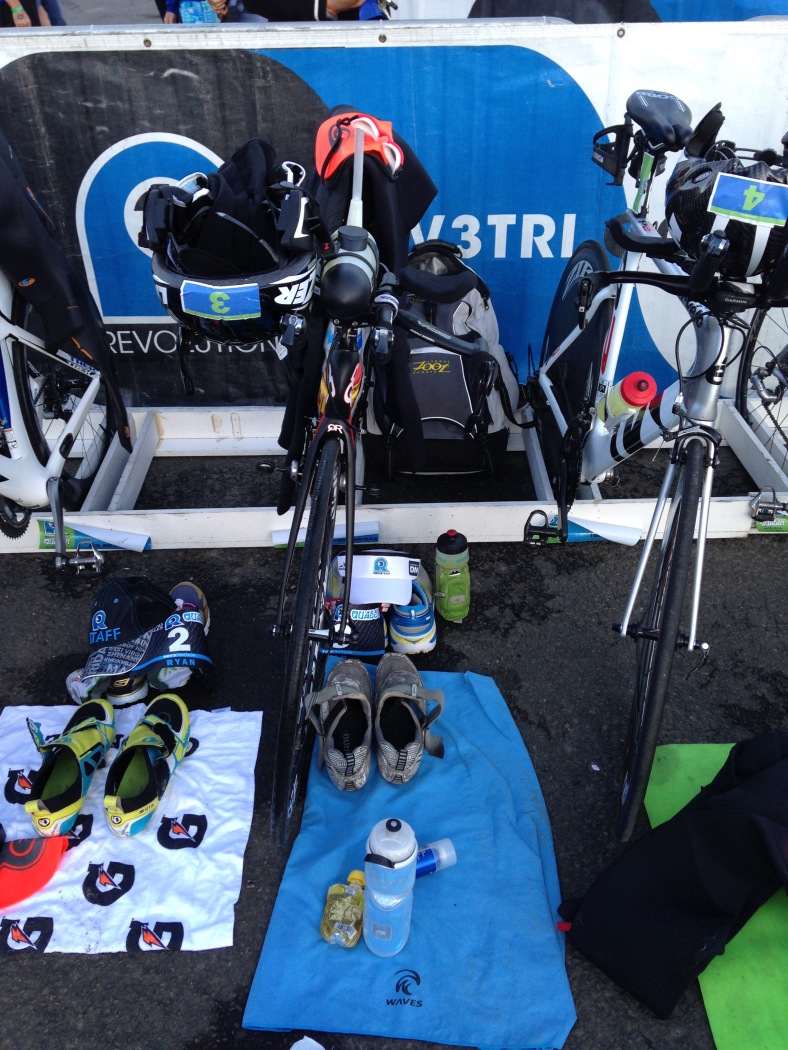